Must Wear Closed Shoes and Clothes suitable for the Hike. Any Physical ailments should be Disclosed in Message Description in Form.

Stairs to the Top.

Diamond Head is part of the system of cones, vents, and their associated eruption flows that are collectively known to geologists as the Honolulu Volcanic Series, eruptions from the Koʻolau Volcano that took place long after the volcano formed and had gone dormant. The Honolulu Volcanic Series is a series of volcanic eruption events that created many of Oʻahu's well-known landmarks, including Punchbowl Crater, Hanauma Bay, Koko Head, and Mānana Island in addition to Diamond Head.

Thank you for contacting us! We will Respond within 24hrs with a Confirmed Reservation for the Date Of Hike.

The trail to the summit of Leʻahi (Hawaiian name for Diamond Head Crater) was built in 1908 as part of Oʻahu’s coastal defense system. Completed in 1911, the Fire Control Station at the summit directed artillery fire from batteries in Waikiki and Fort Ruger outside Diamond Head crater. The walk is a glimpse into the geological and military history of this volcanic crater. Much of the trail is a natural tuff surface with many switchbacks traversing the steep interior slope of the crater wall. The ascent continues up steep stairs and through a lighted 225-foot tunnel. At the summit, you’ll see bunkers on the crater rim and a navigational lighthouse built in 1917 along the coast outside the crater. The postcard view of the shoreline of southeastern Oʻahu from Koko Head to Wai’anae is stunning, and during winter, may include passing humpback whales. 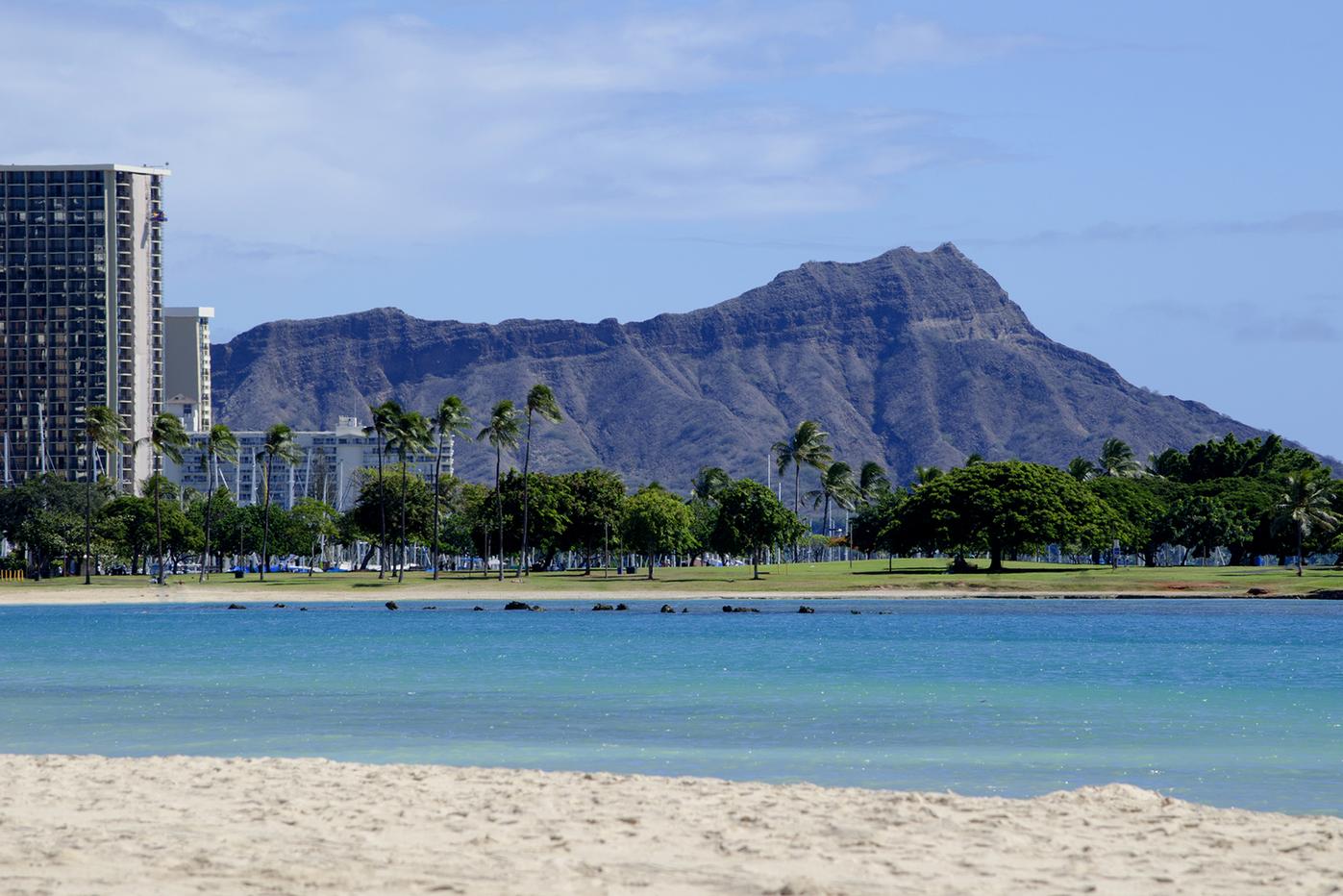 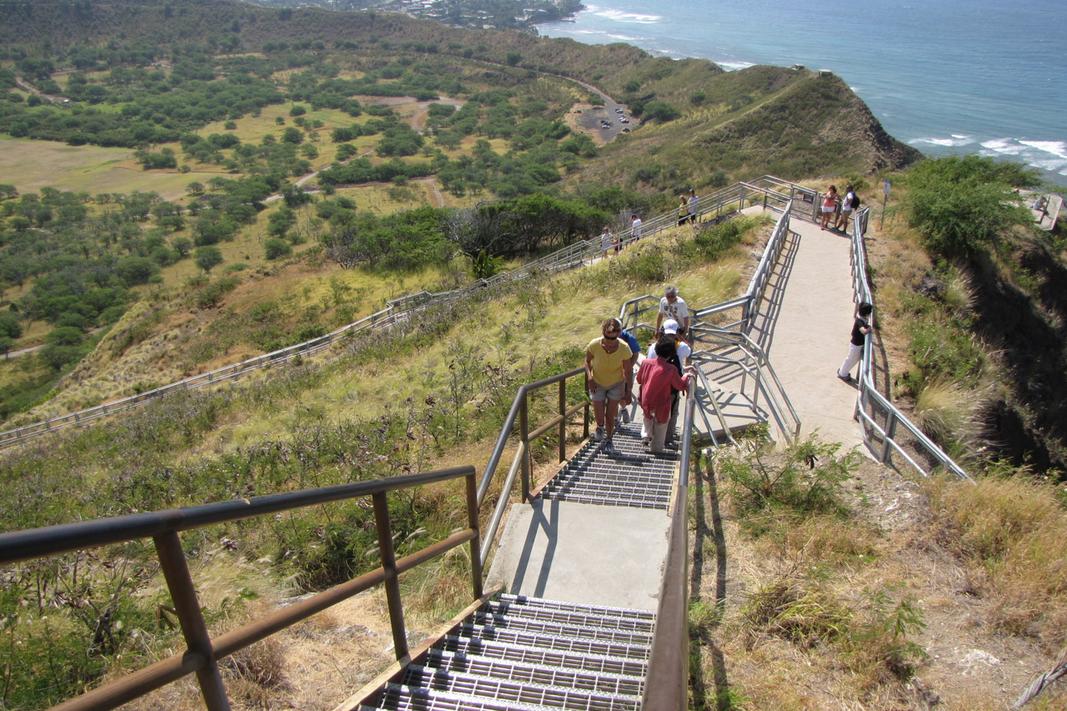 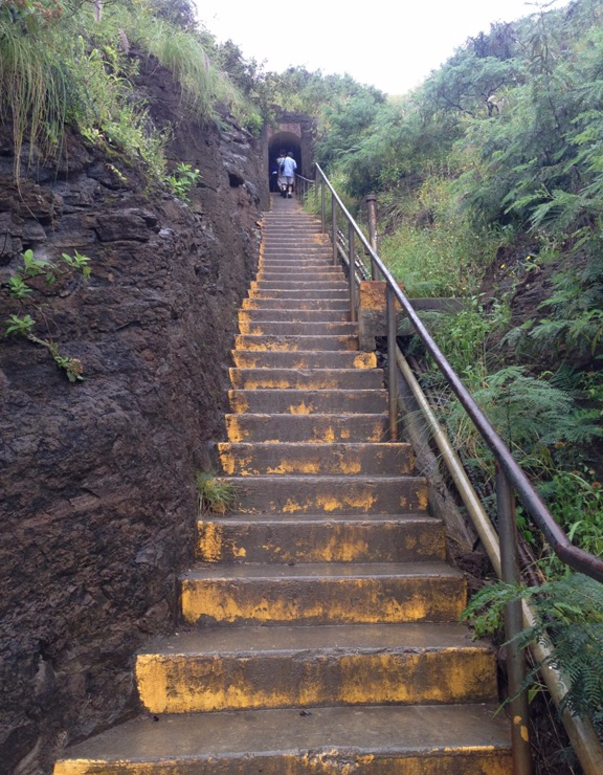 Diamond Head, like the rest of the Honolulu Volcanic Series, is much younger than the main mass of the Koʻolau Mountain Range. While the Koʻolau Range is about 2.6 million years old, Diamond Head is estimated to be about 500,000 to 400,000 years old.

Climb Hawaii’s most famous volcano on this 3-hour Diamond Head tour. A local guide will lead you through Diamond Head State Park and up to the summit, providing commentary about the crater’s history and geology. Prepare for spectacular views at the top, with a panorama of Waikiki and the turquoise waters stretched out below.

The 0.7-mile hike up Diamond Head is considered a moderate climb.

It’ll take about an hour to reach the summit, and half that time for the return. The trail climbs the inside slope of Diamond Head for about 0.6 miles. It’s a switchback trail with the mountain on one side and a railing on the other. After a lookout point that doubles as a rest stop, the trail takes a steep upward ascent through a series of stairs and tunnels. The last set of stairs is a 99-step climb—just take it slow and steady—that eventually leads to a World War II bunker. From there, the stairs reach an end and you step up to some of the finest panoramic views on Oahu. Take a short walk around and savor the moment. On a clear day, you see forever. Standing atop the lookout, viewing Oahu’s entire leeward side, feeling the trade winds and hearing waves crashing far below, one can’t help but feel humbled to be on this glorious island.